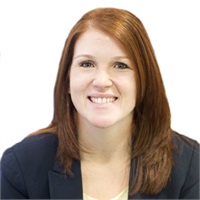 Lauren joined Wealth Advisory Group in September of 2010. In her initial role, Lauren worked as the Executive Assistant to Managing Partner, Adam Kaufman. As Lauren continued to develop, she took on job responsibilities ranging from recruiting, contracting and licensing to career development. Five years later, Lauren was promoted to the Director of Growth and Development. In her current position, she oversees all career candidates from their first interview to their second year with the firm.

Lauren attended college at the State University of New York – New Paltz, where she majored in Psychology. She later went on to receive her Master’s Degree in School Counseling from Queens College. Lauren perused her degrees because she has always been passionate about helping those around her.

Lauren has been taking her positive attitude and competitive nature onto the soccer field with her since she began playing at the age of five. In college, Lauren received two Most Valuable Player awards as well as being recognized at the SUNY All Conference. Lauren also plays Beach Volleyball for fun. Lauren is an up and coming wine connoisseur, enjoys the beach, watching and playing a variety of sports. When not working, or competing, Lauren spends time with family and friends both locally and across the country.